The most festive homes in the UK 2019 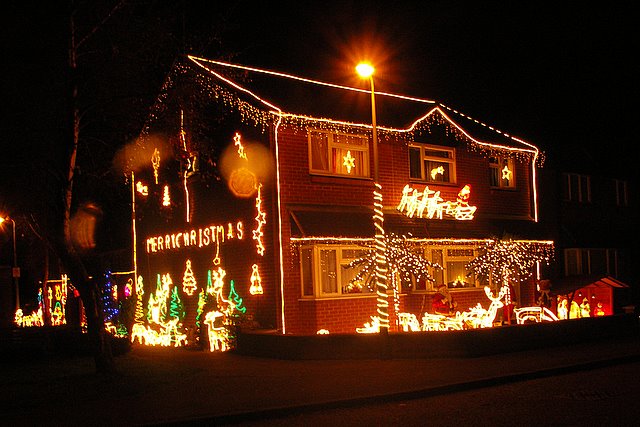 Down your street, you may have seen that your neighbours have started to put up their Christmas lights. Across the UK, we take pride in our property’s appearance; especially in the festive period.

Some of us like to take our property dressing seriously. Many like to get straight into the Christmas spirit and fill their gardens full of bright lights. But where are the most dazzling homes in the UK this Christmas. In this Christmas blog, we delve into houses across the UK that go all out on their decorations this Christmas.

In the busy county of Essex, is also the busy exterior of the Benfleet property owned by the Gibbs.

The family have invested well over £5000 in Christmas lights for the semi-detached. According to the family, they have around 50,000 lights!

They have prepared for Christmas 2019 months in advance. The father of the family even took holiday from his job to get all the lights up in time.

From dressing their home up for Christmas, since 2014, they have raised £8000 for charity.

On the list has to be the well-known Trinity Close. 40 miles south of Bristol, thousands have been known to flock to the cul-de-sac.

The neighbours get together and hang over 100,000 fairy lights across the street.

Last year, the community managed to raise around £10,000 across the Christmas period for charity.

According to the Bristol Post, they will not be raising money this time and the lights will just be for the enjoyment of anyone.

This year, Sky News reported on a 58-year-old grandfather wanting to deliver the best Christmas yet to his grandchildren. To get his grandchildren into the ‘Crimbo Spirit’ he set about making his own Santa’s Grotto.

The grandfather will be posing as Santa everyday when the public visit the Grotto.

According to the grandfather, Stan, it took him over three days just to sort out the different plug sockets.

It all started a few years ago when he bought a few lights. Since then it has grown and grown and continues to become more exciting each year. All the money raised is going towards the Royal Victoria Infirmary in Newcastle.

Torrington road in Wellingborough is proudly home to the festive family, the Beetsons. The family have been decorating their property for nearly three decades.

The father of the Beetsons, Karl, believes there are over 50,000 bulbs with animated lights plus an inflatable snowman named John.

The quaint East Sussex village of Westfield is getting ready to be lit up again.

The Westfield community all pull together to decorate their village as bright and beautiful as they can.

Most of the homes get involved in making their property’s exterior look spectacular. With traditional lights, cartoon characters and even an illuminated minion from Despicable Me, the village has it all! Over hundred of people have flocked to see the lights and the community, over the years, has raised around £35,000.

How Is A House Divided In A Divorce UK?

Stamp Duty 2021: How Will The End Of Stamp Duty Holiday Affect Property Prices?

Joint Tenants Or Tenants In Common: Are They Different?

Selling A Property With Tenants: How Hard Is It?

Properties bought by us for cash in the last 3 years